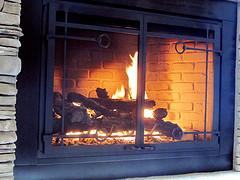 In Latin American countries people read little or nothing. The news is generally considered a necessary evil, and many believe to be informed when they are watching television to be bombarded by the news of the night where the sections of economics, finance, business and technology is a simple fill or supplement the information provided informal seasoned with some allegedly critical comments that the public does not get to thinking or at least suspected that the television stations of the region increasingly are more similar to those of North Korea or China. Many times I have heard from media executives say the big corporate coffee talk news not want to know because they have already too many complications at work and his family still have to endure the depressing story of what happens in the world . However, while the average executive turn on the TV to watch your favorite action program, corporate shareholders who work for the executive and all other employees are at your service an army of “monitors” that do track all the relevant information that can guide them the next morning to decide whether to buy or sell more shares, how many middle managers lay off or hire and in what areas, or whether to renew the computer equipment before the end of the year or be expected to lower the price of oil. a If Latino entrepreneurs did, on the scale for the monitoring of information that can influence the success or failure of their business projects, financial losses due to failed plans may be reduced by 80 percent and if employers have systematic access to information in its sector globally, improve performance and avoid the death of their business. The era of Information Technology is glorious for those entrepreneurs and business people that are proactive, willing to win success in any political arena, economic or social, without investing millionaire and feedback from the global business trends.

But also looming as a prophecy that those who do not come in time to the dynamics of the web, increasingly specialized, will be out of the game and will have to wait for the next economic revolution and the means of production.