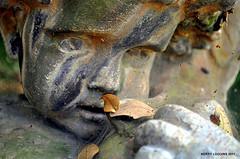 The Spanish air violations by the Allies and Germany were frequent. In the Cantabrian, due to persecution on the German submarines (which had support, or at abs least turn a blind eye to the Spanish authorities) that performed the RAF, U.S. Navy and USAAF, the presence of patrol aircraft was routine. As anecdote, the squad 307 of the RAF flew missions in 1943 in search of planes to fight the Germans and routine overflying the Spanish Cantabrian coast at low altitude, so the Spanish government protested several times. German planes also pursuing allied convoys in the Atlantic and Mediterranean and protected its submarines in the Bay of Biscay. This made some aircraft were damaged in battle and were forced to land in Spain. Moreover, to address the allied planes, Germany ordered its submarines to return to the bases was made exclusively French coastal caboto by Spanish, where both the abundant fish as this could help to sidetrack the radar.
In the Bay of Biscay experienced many battles in 1943, as the U-966, sunk on November 10, 1943 after being attacked by four aircraft: one British, two Americans and the letter E Liberator of Czech squad for the RAF. He was thrown to pique a few meters from Punta Maeda (Stake Bar).
In southern Spain, due to the position proalemana of Spain and the British presence in Gibraltar and the French bases in Algeria and Morocco was only a matter of time before any incidents. Most were invasions of airspace which sometimes corresponded to the anti-aircraft artillery, rarely with success. In addition to this the allies prepared plans throughout the war to the occupation of the Canary Islands, in the event that Gibraltar was invaded, and also against the Spanish protectorate of Morocco.
On December 18, 1939, a Ju-52 M-CABA Iberia being done the way Sevilla-Tetuan was downed on Algeciras by a British destroyer. Shortly afterwards, a British plane was shot down by anti-aircraft artillery on Tarifa.
In 1940 owing to developments in Europe a dozen bombers Heinkel He-111 are deployed in Son San Juan from Logrono. On November 8, 1940 a Spanish Savoia SM-79 was shot down by the RAF fighters near the Balearic Islands who apparently mistook it with an Italian appliance, the 5 crew members died.
On Feb. 5, 1941, a Spanish Ju-52 from Sidi Ifni was attacked by two French fighter planes, over the sea 30 km from Casablanca, and the apparatus had to take land in Rabat.
On April 28, 1941 a Wellington from 15 Squadron crashes into the sea off the coast of Malaga to run out of fuel. Prices incidents occurred in Murcia and Canary Islands: In October 1942, a Vickers Wellington amaro front of Fuerteventura. Days after another became Wellington forsozo landing in Gran Canaria, the crew set fire to equipment.
Spanish Morocco in the Heinkel He-112 Group 27, based in Nador, had some friction with the Dewoitine D.520 of the French Aeronavale, based in Port Lyautey, (Morocco) and the Supermarine Spitfire and Hurricane of the V RAF based in Gibraltar. No plane was shot down. With the invasion of North Africa raised the tension.
With the invasion of North Africa violations of airspace were daily. On March 3, 1943 were ordered to intercept Lieutenant Miguel Entrena with his He-112B a for