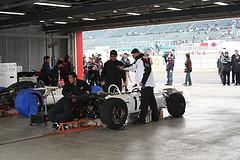 Honda manufacture aircraft The bean and Japanese multinational Aviaci topics touched n, but with engines from other companies (such as the prototype of the 80 Honda MH02). Honda pulls launches its first aviation engine n in 1999, the HF118, in collaboration with GE Aviation n, which was mounted on the Cessna Citation jet. The HondaJet, which is before us now, made its first flight in 2003 and was initially presented in 2005.But until a o has not been made official its n in series production and the announcement by Honda that already has several hundred AYMENT ORDERS ordered. Since we had counted earlier, that Honda would make its entry into the aerospace market. Last week, at a convention held in Florida, USA, the brand has already announced more than a hundred orders for HondaJet of 3.5 million. The sale of new aircraft recently began on 17 October last year, so Honda is very surprised and happy for the great demand from individuals and businesses looking to purchase fleets. Honda Aircraft Company will produce the HondaJet in its U.S. facility and has sent its request to receive certification from the Federal Aviation Administration in that country. The HondaJet employs a number of innovative technologies, configuration incluyendouna engines mounted on the wing or over-the-wing engine mount (OTWEM) in English. With this system, saving space in the cabin and cargo area, it also improves aerodynamics and reduces fuel consumption by 30 to 35 compared to similar jets. The HondaJet should achieve a speed of 420 knots (777 km / h) with a range of action of 1,180 nautical miles (2,185 km).