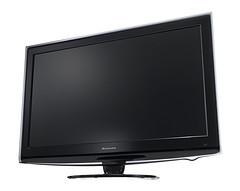 However, if we are talking about very large segment of the market of flat panel TVs, it is, of course, the liquid crystal display TVs from 32 to 37 inches. According to supermarket of electronics "Eldorado", only in 2006 in terms of money the sales of LCD TVs in Russia increased by over 200% and unit shipments in terms – 151%. The popularity of LCD TV explained very simply – it is the most available to the public today, the technology the big screen. Things reached the point that companies who set the previously exclusively on plasma technology have begun to abandon it in favor of LCD technology. Everyone knows the example of Sony, which closed its production of plasma panels and redirect investments in LCD designs.

Sharp's invested huge money in the largest plant for the production of LCD panels of new generation. Have been rumors in the press, and that Philips has decided to abandon the plasma production, but these rumors were almost immediately refuted by the company representatives. Separation of priority technologies are particularly well illustrated by the company Panasonic, that not only did not abandon the production of plasma panels and TV sets, but decided to spend a lot of money to promote this technology. However, the company develops the technology of plasma, without detriment to the direction of the LCD, which the company believes also quite promising. Approximately parallel to and develops their television sets and other leading manufacturer of plasma company Hitachi, which recently introduced a new series of plasma and LCD TVs 32, 37, 42 and 50-inch 1080p and removable hard drive to 160 GB.